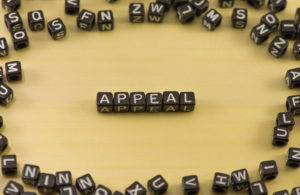 Bankruptcy Rule 8002(a)(1) requires bankruptcy appeals be filed within 14 days of the entry of an adverse order.  Thus, when faced with an adverse ruling, a would-be appellant must quickly consider the substantive merits and financial burden of an appeal.  Part of this consideration must include an analysis of whether the appeal may be taken as a matter of right, or whether leave of court is necessary.  Bankruptcy cases, unlike most civil actions, are a collection of individual controversies in a single proceeding, and the avenues of appeal in a bankruptcy proceeding are therefore flexible enough to permit appellate practice without stalling the underlying proceedings.

In federal litigation, general purpose orders become ‘final decisions’ when a ruling is the means “by which a district court disassociates itself from a case.”  Swint v. Chambers County Comm’n, 514 U.S. 35, 42 (1995).  This policy is carried into bankruptcy appellate practice, and whether a particular order is a ‘final judgment, order, and decree’ is dependent not only upon whether the order in question fully disposes of disputes within the bankruptcy proceeding, but also the context of the order within the broader scheme of a bankruptcy case.  A recent case from the U.S. Supreme Court to address this issue, Bullard v. Bull Hills Bank, 135 S.Ct. 1686, 1692 (2015), states that appeals brought as of right must spring from an order which “alters the status quo and fixes the rights and obligations of the parties.”  In Bullard, the Court discussed the denial of confirmation of a debtor’s plan in the context of the rights conferred upon the parties, and found that the denial order did not change or alter the parties’ rights and obligations.  Id. at 1693.  The order at issue was ‘final’ as to the plan at issue in the confirmation hearing, but it did not otherwise affect the automatic stay, the collection of funds by the Chapter 13 trustee, the debtor’s right to a discharge; nor did it preclude the debtor from filing another plan.  Id.  In contrast, an order confirming a plan would be enforceable and binding upon creditors and have preclusive effect preventing further litigation of issues determined by the confirmation order.  Id. at 1692.  Similarly, a denial of confirmation coupled with a dismissal of the case would be a final appealable order.  Id.

The procedural posture in Bullard, denial of plan confirmation without dismissal, is not the only circumstance where appellate jurisdiction may depend on whether a particular form of relief is granted or denied.  See In re Cyberco Holdings, Inc., 734 F.3d 432 (6th Cir. 2013) (order denying substantive consolidation not final and appealable); but see In re Bonham, 229 F.3d 750 (9th Cir. 2000) (order granting substantive consolidation final and appealable); compare In re Firstmark Corp., 46 F.3d 653 (7th Cir. 1995) (denial of motion to disqualify counsel not final order); with In re BH & P, Inc., 949 F.2d 1300, 1306–07 (3d Cir.1991) (disqualification of counsel was final and appealable).

Despite an order not being final and appealable, a circuit court may nevertheless invoke appellate jurisdiction under the collateral order doctrine.  This doctrine refers to a small category of interlocutory orders which are deemed too important to be denied review and “too independent of the cause itself to require that appellate consideration be deferred until the whole case is adjudicated.” Cohen v. Beneficial Indus. Loan Corp., 377 U.S. 541, 546 (1949). The collateral order doctrine has been considered in the context of appellate jurisdiction over bankruptcy matters. See Fleet Data Processing Corp. v. Branch (In re Bank of New England Corp., 218 B.R. 643 (1st Cir. 1998). Under the collateral order doctrine, interlocutory orders of a bankruptcy court are appealable if 1) it is a conclusive decision 2) on an important issue that is conceptually separate from the merits, and 3) is effectively unreviewable on appeal from a final judgment. Digital Equip. Corp. v. Desktop Direct, Inc., 511 U.S. 863 (1994).  A notable group of matters over which the appellate court will extend jurisdiction under the collateral order doctrine is the grant of a motion to withdraw the reference to the bankruptcy court.  See In re Parklane/Atlanta Joint Venture, 927 F.2d 532 (11th Cir. 1991).