Application of Bankruptcy Code Sections 548 and 550 to foreign transactions 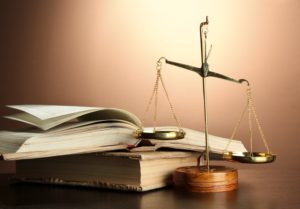 Recent bankruptcy court opinions in the Southern District of New York diverge on whether certain Bankruptcy Code sections under which bankruptcy trustees may avoid prepetition transfers of property apply to foreign transactions.  “Extraterritoriality”, the concept of whether a law of the United States may be applied to actors or transactions on foreign soil, is not new.  However, as discussed below, the application of extraterritoriality continually evolves and the concept should be considered whenever a transaction occurs, or party resides, outside of the United States.

Id. at 437.  The principle of looking to congressional intent to determine whether a law may be applied outside of the territorial jurisdiction from which the law originates has solidified into a canon of statutory construction known as the presumption against extraterritoriality.  RJR Nabisco, Inc. v. European Cmty., 136 S.Ct. 2090, 2100 (2016).  The presumption against extraterritoriality is applied regardless of whether there is a risk of conflict between an American statute and a foreign law.  Nabisco, 135 S.Ct. at 2100 (citing to Morrison v. National Australia Bank Ltd., 561 U.S. 247, 255 (2010)).  Courts should assume that Congress takes into account the sovereign interests of other nations when writing American laws and “United States law governs domestically but does not rule the world . . .” Microsoft Corp. v. AT&T Corp. 550 U.S. 437, 454-55 (2007).  When determining whether a U.S. statute may be applied outside of the United States (i.e., extraterritorially), a court conducts a two-part analysis: (i) whether the presumption against extraterritoriality has been rebutted, or in other words, whether the statute in question provides a clear indication that it applies extraterritorially, and (ii) if the statute is not extraterritorial in nature, whether the case before the court involves a domestic application of the statute.  Morrison, 561 U.S. at 266.

When reviewing a statute for an indicator of a presumption against extraterritoriality, the court may look beyond the statutory language and review the Congressional intent to determine whether Congress intended the statute apply to extraterritorial conduct.  Id. at 255 (noting that, when evaluating whether a statute applies abroad, context can be consulted as well as the language of the statute).  “While the presumption can be overcome only by a clear indication of exterritorial effect, an express statement of extraterritoriality is not essential.”  Nabisco, 136 S.Ct. at 2102.  Unless a well-defined expression of Congressional intent is clearly expressed, the reviewing court must presume that the statute in question is concerned with domestic acts and actors.  Morrison, 561 U.S. at 255.  If the legislative purpose is not ‘unmistakably clear’, any ambiguity in the statute must be resolved in favor of refusing to apply the law to events occurring outside the United States.  Societe General Plc. v. Maxwell Commc’n Corp. (in re Maxwell Commc’n Corp. plc), 186 B.R. 807 (S.D.N.Y. 1995).  “When a statute gives no clear indication of an extraterritorial application, it has none.”  Id.

On its face, Bankruptcy Code sections 544, 548, and 550 make no reference to geographic limitations to the avoidance of transfers, and they all allow for the recovery of “property” or the “value of property” to the extent transfers are avoidable under section 548.  The Bankruptcy Code does not define the term ‘property’, and therefore there is no indicator in the statute that these avoidance powers may be exercised extraterritorially.  However, in one of the adversary proceedings related to the Madoff Ponzi scheme, Inv’r Prot. Corp. v. Bernard L. Madoff Inv. Sec. LLC, 80 B.R. 501 (Bankr. S.D.N.Y. 2012), a bankruptcy court found clear Congressional intent for the extraterritorial application of section 550.  Id. at 527.  In Madoff, a Taiwanese entity invested in a feeder fund organized in the British Virgin Islands which invested substantially all of its assets in the Madoff Ponzi scheme.  Id. at 509.  The feeder fund withdrew funds from the Ponzi scheme and wired said funds into its investor’s account held at a New York bank.  Id.  Specifically, in Madoff the court reconciled ‘property of the estate’ under section 541 (which includes property ‘wherever located and by whoever held”) with the avoidance provisions of sections 544(b), 547, and 548 (which limit the avoidance power to “an interest of debtor in property”), and the recovery provisions of section 550 (which includes property held in foreign jurisdictions).  Id at 225-27.  The Madoff analysis is consistent with a Fourth Circuit decision addressing extraterritoriality, In re French, 440 F.3d 145 (4th Cir. 2006), in which the court stated: “[t]his interpretation fully accords with the purpose of the Bankruptcy Code’s avoidance provisions, which is to prevent debtors from illegitimately disposing of property that should be available to their creditors.” Id. at 152.

The conclusion in Madoff, that section 548 can be applied extraterritorially, is in conflict with the conclusion in LaMonica v. CEVA Group PLC (In re CIL Limited), 582 B.R. 46 (Bankr. S.D.N.Y. 2018).  CIL Limited was a Cayman Islands exempted holding company which owned and controlled the CEVA Group PLC, a holding company which itself owned a number of operating entities. Prior to the filing of an involuntary bankruptcy petition in the Southern District of New York, CIL went through an out-of-court restructuring wherein 99.99% of its interest in CEVA Group PLC was transferred to a newly created entity.  CIL Limited considered the rulings in the Madoff and other opinions addressing the extraterritorial nature of section 548, and held that section 548 was not intended by Congress to be extraterritorial in nature.

CIL Limited first addresses the interaction between sections 541 and 548 by noting that the law in the Second Circuit is clear that property that is the subject of an avoidance action is not considered property of the estate until said property is recovered.

In accordance with 11 U.S.C. § 541(a)(1) (1988), the property of a bankruptcy estate includes (with exceptions not presently pertinent) “all legal or equitable interests of the debtor in property as of the commencement of the case;” and pursuant to 11 U.S.C. § 541(a)(3) (1988), the property of a bankruptcy estate also includes “[a]ny interest in property that the trustee recovers” under specified Bankruptcy Code provisions, including 11 U.S.C. § 550 (1988)…. “If property that has been fraudulently transferred is included in the § 541(a)(1) definition of property of the estate, then § 541(a)(3) is rendered meaningless with respect to property recovered pursuant to fraudulent transfer actions.” Further, “the inclusion of property recovered by the trustee pursuant to his avoidance powers in a separate definitional subparagraph clearly reflects the congressional intent that such property is not to be considered property of the estate until it is recovered.”

Id. at 89 (quoting In re Colonial Realty Co., 980 F.2d 125, 131 (2d Cir. 1992)).  Some bankruptcy courts within the Southern District of New York consider the Colonial Realty holding as a matter of timing and totally removed from “finding of a lack of Congressional intent to allow property to be recovered on an extraterritorial basis.”  In re Weisfelner v. Blavatnik (In re Lyondell Chem Co.), 543 B.R. 127, 153-55 (Bankr. S.D.N.Y. 2016).  Other courts have relied on Colonial Realty and held that “[p]roperty transferred to a third party prior to bankruptcy in payment of an antecedent debt is neither property of the estate nor property of the debtor at the time the bankruptcy case is commenced, the only two categories of property mentioned in Bankruptcy Code § 541.”  In re Ampal-Am. Israel Corp., 562 B,R, 601, 612 (Bankr. S.D.N.Y. 2017) (finding that Bankruptcy Code section 547 is not extraterritorial).  CIL Limited concludes that section 541, which applies extraterritorially, is not relevant to the analysis of section 548 because property which is subject to an avoidance action does not become property of the estate until it is recovered.  CIL Limited, 582 B.R. at 92.  Furthermore, the timing issue raised in Lyondell is not a clear expression that section 548 and 550 apply extraterritorially.  As a result, absent a clear Congressional statement to the contrary, the presumption against extraterritorially mandates that sections 548 and 550 apply only to domestic transfers.