Automatic Dismissal of a Bankruptcy Proceeding under Section 521(i)(1) 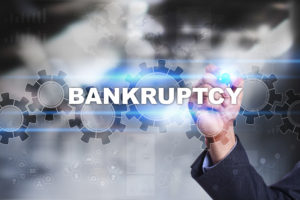 BAPCPA imposed a host of new requirements on debtors, including expanded duties of financial disclosure.  Under Bankruptcy Code Section 521(a)(1), a debtor is now required to file a list of creditors and “unless the Court orders otherwise,” various other detailed financial information.  One requirement, found in Sections 521(a)(1)(B)(iv) and (v) is that a debtor must file copies of all payment advices received within 60 days before the petition’s filing date and a statement of monthly net income, unless otherwise ordered by the court.  Section 521(i)(1) states that, subject to paragraphs (2) and (4), if a debtor fails to file all of the information required by §521(a)(1) within 45 days after filing the petition, “the case shall be automatically dismissed effective on the 46th day after the filing of the petition.”  A dispute now exists among the courts as to whether the bankruptcy court has discretion, after the passing of the 45-day filing deadline set forth in §521(i)(1), to “order[ ] otherwise” and thereby waive the §521(a)(1) filing requirement.

In In re Parker, 351 B.R. 790, 801 (Bankr. N.D.Ga. 2006), the court noted that in general, dismissal of a Chapter 7 case must occur pursuant to Section 707, which requires “notice and a hearing.”  It stated that it seemed logical, therefore, that “automatic dismissal” would not require notice and a hearing.  “Rather, it is a determination that the court can make with no notice to any party in interest and no hearing of any nature.”  Id.  The court stated that this interpretation allows the language of §521(i)(2) to have meaning.  That section provides that, with respect to a case in which all the required information had not been filed, “any party in interest may request the court to enter an order dismissing the case.”  The court concluded that “if the case had already been ‘automatically dismissed,’ this language would be mere surplusage.  The court could not dismiss a case that already has been dismissed.”  Parker also stated that the determination of whether debtor has filed all the information required under §521(a)(1) must be made by the judge – it is not a ministerial act.  The court stated:

The facts of this case demonstrate why the blanket application of the language is misplaced.  Here, the interest of creditors and the bankruptcy estate, is represented by the United States Trustee, the trustee and individual creditor, are best served by denial of debtor’s motion.

Interpreting “automatic dismissal” to mean that a case ceases to be pending by the mere passage of time without a court order of dismissal does not further the purposes of the statute and may cause chaos and confusion since there is no readily ascertainable way to determine whether or not a case has been dismissed.

The court noted that the rule otherwise would allow Section 521 to lead to the dismissal of a Chapter 7 case even where the interests of creditors would be harmed by such a dismissal.  “Congress could not have intended to establish a procedure which interferes with a liquidation of an estate and the payment of creditors where the issue is not raised by creditors or the representative, the trustee.” Id. at 802.

The court also noted the grant of judicial power in Section 521 to “order[ ] otherwise” predated BAPCPA.  Thus, when Congress overhauled Section 521 to expand the financial information debtors are required to file with their bankruptcy petition, it left intact this “order[ ] otherwise” provision granting judicial power to waive some or all of the financial filing requirements. Id. at 1118.  Finally, Warren noted that its interpretation of Section 521(i)(1) furthered and was consistent with Congress’ purpose in enacting BAPCPA, which was to prevent abusive bankruptcy filings.

Allowing bankruptcy courts discretion to waive the §521(a)(1) filing requirement even after the filing deadline has passed will discourage bankruptcy abuse because a court may decline to dismiss the debtor’s case if it determines the debtor is abusing and manipulating the bankruptcy system.

In In re Bliek, 456 B.R. 241 (Bankr.D.S.C.2011), the court also ruled that it had the discretion to deny dismissal under Section 521(i)(1), “particularly when necessary to avoid abuse by the debtor.” Id. at 244.  The court stated that adopting the debtor’s position that dismissal is automatic would have the unintended result of allowing debtors to use Section 521(i)(1) as an escape hatch to purposefully avoid the requirements of the Code at the expense of creditors. Id. at 245.  Here, the court concluded that the debtor’s largest secured creditor would be prejudiced if the previously approved sales conducted during the case were not allowed to close because of the case’s dismissal. Id.

However, other bankruptcy courts have taken a hard-lined approach to their interpretation of Section 521(i).  In Rivera v. Miranda, 376 B.R. 382 (D.Puerto Rico 2007), the court held that the command of Section 521(i) is “clear and unmistakable.” Id. at 385.  The court stated that allowing a bankruptcy court to retroactively relieve the debtors from filing the required information would render the automatic dismissal provision in Section 521(i) meaningless.  Further, the court noted that a major goal of Congress in enacting BAPCPA was to replace judicial discretion with specific statutory standards and formulas. Id. at 386.

[W]hen Congress enacted BAPCPA, it “created a law that is sometimes self-executing, inflexible, and unforgiving.  Title 11 U.S.C. §521(i) is just one of those provisions.”  “After the expiration of the specified period set forth in 11 U.S.C. §521(i), there are no exceptions, no excuses, only dismissal and the consequences that flow therefrom.”  BAPCPA left the court with no discretion to fashion any reasonable or equitable solution.

In Matter of Lugo, 592 B.R. 843 (Bankr. N.D.Ind. 2018), the debtor proceeding pro se filed a petition, schedule D, schedule E/F, a list of creditors and an application to waive the filing fee, which consisted of a bit more than the minimum documentation necessary to commence a case per N.D. Ind. L.B.R. B-1002-1(a) (listing the minimum filing requirements).  The court noted that such a filing was permitted, the debtor was required to follow through and file any remaining documents within 14 days. See, Fed.R.Bankr.P. 1007(c).  In this case, the debtor had yet to file a schedule of assets (schedule A/B), a schedule of current income and expenses (schedules I and J) and a statement of financial affairs.

When the debtor failed to file those and other documents within the time required, the clerk issued a notice of noncompliance, informing the debtor of the documents that had not been filed and that the failure to file the items required by Section  “will result in dismissal of the case, by operation of law, without further notice or hearing.”  Despite this reminder, the debtor failed to act and, by the 45th day after the petition, the missing schedules and the statement of affairs remained unfiled.  So, the case was automatically dismissed by operation of law, effective 46 days after it was filed, and the clerk issued a notice informing all creditors and parties in interest of that event on September 19, 2018.

The debtor responded by sending the court a letter asking it to reopen the case and give additional time to file the remaining documents claiming he never received notice of any problems with the case of the dismissal.  The court declined to do so, stating as follows:

Section 521(i)(l) does not require any action by the court or anyone else.  Much like Cinderella’s pumpkin at midnight, if the required information has not been filed by the statutory deadline the magic ends and the case is automatically dismissed by operation of law on day 46.  It does not require any warning or notice or depend upon an order of the court.  Since the dismissal is not an act or a decision of the court, there is nothing to “reconsider” or, in the language of Rule 59, nothing to alter or amend.  Similarly, there is no order or judgment that the court can give relief from, due to some kind of mistake, surprise, or excusable neglect, see, Fed.R.Bankr.P. Rule 9023; Fed.R.Civ.P. Rule 60(b), so that the debtor can have a second chance to do things right.  The language of the statute is clear and simple, “the case shall be dismissed on the 46th day” and the court has no discretion to do otherwise.  At best, the only argument that can be advanced is that there has been some kind of clerical mistake in the record and the supposedly missing information was actually timely filed. See, Fed.R.Bankr.P. Rule 9023; Fed.R.Civ.P. Rule 60(a); N.D.Ind.L.B.R. B-1017-1(a).  The debtor makes no such argument, but, instead, acknowledges the required information has not been filed and wants additional time to provide it. That is something the court cannot do.