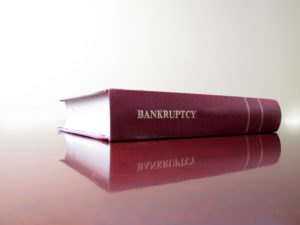 The case of In re Hoel, 617 B.R. 636, (Bankr.W.D.Wis.2020), held that horse boarding and training facilities do not involve faming operations.  Following the Seventh Circuits decision of In re Armstrong, 812 F.3d 1024, 1027 (7th Cir.1987) which interpreted Section 101(18) to only reference those farmers whose activities involved the inherent risks and cyclical uncertainties that are associated with farming.  Traditional farming risks include fluctuating market prices, feed prices, uncertain weather, risk to livestock from disease and injury, and upkeep of the animals.  Hoel ruled that boarding and training activities did not involve those risks.  The court stated that all of the cases which have considered the issue have followed the same analytical approach.

All the courts review the activities to compare them to the activities required to grow or produce crops or livestock.  Then the risk factors assumed by the debtor are examined.  Does fluctuation in market prices materially impact the debtor?  Does the debtor bear the risk of changes in the cost of feed, seed, or fertilizer?  Does the risk of disease or injury threaten the income or expenses of the debtor?  Are there factors like weather that are outside the debtor’s control? Is the debtor’s income based on a fixed fee or rate of payment or is it subject to uncontrollable events?

In Hoel, the debtor generated income from both horse boarding operations and cattle sales and breeding.  The court compared these two operations and noted that the with respect to the debtors’ cattle sales and breeding, they own the cattle.  “The risks of fluctuating feed prices and other upkeep costs are borne by Debtors. Fluctuating market prices for cattle sales or breeding impact Debtors.”  The debtors had to pay veterinary bills and solely bore the risk that disease or injury may affect their income derived from sales and breeding. That income, however, only totaled 30% of the total income they claim flows from farming. Id. at 640.

The balance of the income derives from boarding horses. * * * * Debtors, apparently, receive a flat fee for boarding since they argue they bear the risk of tightened cash flow if feed prices or other costs rise.  Yet they have absolute control over establishing the terms of the boarding agreements.  They could choose to terminate the agreement if its terms were onerous or they could include adjustments to the fee if prices increase or if extra services such as transporting a horse were required.

If an animal is lost to disease or serious injury, the family farmer receives no profit on the animal and has lost all that he or she has invested in it. In contrast, while profits from a boarding might vary if an animal dies or is seriously injured, that is a short-term loss until a new boarder is located, and there is no meaningful expense to replace the animal.  If market prices for feed increase, the operator of a boarding facility could simply pass this cost on to the owner.  The family farmer, on the other hand, bears this risk alone and it would lead to less profit or no profit in the future sale of the animal.

Id. at 640-41.  The court held that these distinctions were material and precluded a finding that the boarding operations involved family farming.