Breach of Contract Giving Rise to Section 523(a)(6) Nondischargeability 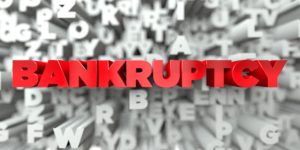 Section 523(a)(6) of the Bankruptcy Code excepts from discharge debts for “willful and malicious injury by the debtor to another entity or to the property of another entity.” Whether a claim for breach of contract can give rise to Section 523(a)(6) exception to discharge is an issue that has split the circuits.  In In re Williams, 337 F.3d 504 (5th Cir. 2003), the court held that a claim for breach of contract is non-dischargeable as a willful and malicious injury if the debtor either intended to injure the other party to the contract by breaching the same, or the injury to the other party was “substantially certain” to result from the breach.  In other words, tortious conduct was not required.

The Ninth Circuit, in In re Jercich, 238 F.3d 1202, 1206 (9th. Cir. 2001) came to a different conclusion, holding that a breach of contract must be accompanied by some form of “tortious conduct” to give rise “willful malicious injury”.  The Bankruptcy Court for the Northern District of Illinois followed the Ninth Circuit interpretation of Section 523(a)(6) in In re Salvino, 373 B.R. 578 (Bankr.N.D.Ill.2007).  In support of this conclusion, Salvino first noted that the Supreme Court in Kawaauhau v. Geiger, 523 U.S. 57 (1998) held that the phrase “willful and malicious injury” is one that “triggers in the lawyers mind the category intentional tort.”  Additionally, the common law treats willfulness and malice as irrelevant in contract cases, where punitive damages are generally held to be unavailable. Id. at 589.

Thus, the common application of “willful and malicious” strongly suggests it’s limitations to torts, making nondischargeable in bankruptcy only debts arising from the sort of conduct that the common law discourages by punitive damages.

The court also noted that before the enactment of Section 523(a)(6), a “willful and malicious injury” exception from discharge was set out in Section 17(a)(8) of the Bankruptcy Act of 1898, and was applied only in situations of tortious conduct. Id.  The court stated that in reenacting the “willful and malicious injury” standard for nondischargeability, Congress presumptively intended to continue that established practice. Id at 590.

Third, Salvino stated that Williams’ logic was broadly destructive of the bankruptcy discharge.  The court noted that under Williams’ interpretation, nearly all breaches of contract resulting in claims for non-payment would be “willful and malicious” under the tort standard, in that the debtor knows that there is a contractual duty to pay or perform, chooses not to fulfill that duty and knows that injury to the creditor will follow.  “Treating breaches of contract as willful and malicious injuries would thus dramatically expand the number of nondischargeable debts and diminish the scope of the bankruptcy discharge.”  Id.

Finally, the court noted that making intentional breaches of contract nondischargeable would create substantial tensions with Section 365 of the Bankruptcy Code.  In other words, the Bankruptcy Code would punish under Section 523(a)(6) the very conduct that it encourages under Section 365(a), i.e., intentional breaches of contract that maximize the value of the debtor’s property. “Such a reading would violate the principle that statutes should be construed to make their various sections coherent with one another in advancing a legislative purpose” Id. at 591. (See also, In re Pagan, 564 B.R. 324 (Bankr. N.D.Ill. 2017)(where the court quoted Salvino and stated that an intentional breach of contract is not enough to support a claim under §523(a)(6) “unless the debtor’s conduct also gives rights to an independent tort.”)).

The Ninth Circuit reaffirmed Jercich in In re Zeppinick, 747 Fed.Appx. 542 (9th Cir.2018).  The case involved an employer’s alleged refusal to pay wages.  No meaningful detail was provided concerning the reasons the debtor failed to pay the plaintiff’s wages.  However, the court found that these unpaid wages were nondischargeable under Section  523(a)(6) because the debtor’s refusal to pay wages “constituted tortious conduct,” due to the fact that he “had the clear ability to pay [the employee’s] wages * * * but willfully chose not to.”[1]  Of significance, the court noted that the debtor admitted at trial that he withheld the plaintiff’s wages “even though he had the money to pay him.” Id.