Can a Chapter 7 Trustee seek damages for violations of the Automatic Stay? 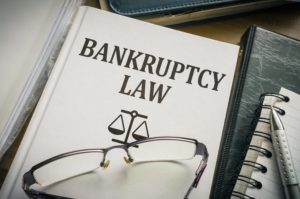 (2) If such violation [of a stay] is based on an action taken by an entity in the good faith belief that subsection (h) applies to the debtor, the recovery under paragraph (1) of this subsection against such entity shall be limited to actual damages.

The O’Malley court explained that the Bankruptcy Code defines the term “entity,” as used in Section 362(k)(2), to include “person, estate, trust, governmental unit, and United States trustee.”  The Bankruptcy Code defines “person,” as including individuals, partnerships, and corporations.  Based on these definitions, the court concluded that “entity” and “person” are more inclusive than “individual.”  Thus, in enacting Section 362(k), Congress kept the restrictive term “individual” in §362(k)(1) but added the more inclusive term “entity” in Section 362(k)(2).  This fact strongly suggests that Congress “’was aware of the distinction between the terms and deliberately chose to retain” the more narrow term “individual” in the new §362(k)(1) to refer to a human being or natural person rather than a legal “entity.’” Id. at 659 quoting Gecker v. Gierczyk (In re Glenn), 379 B.R. 760, 763-64 (Bankr.N.D.Ill.2007).