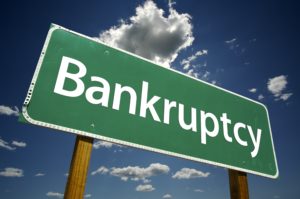 Section 1129 of the Bankruptcy Code governs confirmation of a Chapter 11 plan.  Section 1129(b) of the Bankruptcy Code allows for confirmation of a plan over a creditor’s objection as long as certain requirements are met.  One such requirement for cramdown is that the plan be “fair and equitable” and provide a secured creditor the “indubitable equivalent” of its claim.  11 U.S.C. §1129(b)(2)(A)(iii).  In this context, a dispute exists as to whether or when “dirt-for-debt” plans, pursuant to which a debtor surrenders collateral to its lender, provides the lender with the indubitable equivalent of its claim.  Similar issues, of course, exist in Chapter 12 and 13 cases.  Although the concept of “indubitable equivalence” is not specifically mentioned, the issues raised are often the same.  For example, Section 1225(a)(5) of the Bankruptcy Code provides requires, with respect to each allowed secured claim provided for by the plan, that:

(A) the holder of such claim has accepted the plan;

(i) the plan provides that the holder of such claim retain the lien securing such claim; and

(ii) the value, as of the effective date of the plan, of property to be distributed by the trustee or the debtor under the plan on account of such claim is not less than the allowed amount of such claim; or

(C) the debtor surrenders the property securing such claim to such holder.

In “dirt-for-debt” plans, the debtor uses Section 506(a) of the Bankruptcy Code to value property and determine whether the property to be surrendered provides the indubitable equivalent of the secured claim.  Therefore, the success of a dirt-for-debt plan is predicated entirely on the court’s valuation of the collateral.  See, In re Arnold and Baker Farms, 85 F.3d 1415 (9th Cir.1996), where the court held that a plan which provided for a partial “debt for dirt” distribution, i.e., which proposed to satisfy the secured creditor’s claim by transferring to the creditor 566.5 acres of the 1320 acre project securing the debt, was not confirmable because it did not provide the creditor with the indubitable equivalent of its secured claims required for cramdown.

Courts which have considered the issue in contested confirmation hearings have followed different valuation methodologies.  Some have valued the land at liquidation prices, In re Simmons, 113 B.R. 942, 947 (Bankr.W.D.Tex.1990), while others have used a fair market value after deducting the costs of holding, marketing, and disposing of the property, In re Stockbridge Properties I, Ltd., 141 B.R. 469, 472 (Bankr.N.D.Ga.1992), or by discounting the land’s expected ultimate sale value to a present value to reflect the time needed to dispose of the property, In re Arnold and Baker Farms, 85 177 B.R. at 657.

In re Park Forest Development Corp., 197 B.R. 388 (Bankr.N.D.Ga.1996) stands for the proposition that for purposes of confirming a “dirt for debt’ plan, under which the Chapter 11 debtors is to deed back property to the secured creditor, the value given for the real estate should be very conservative and must allow the secured creditor an ample margin of error. The court should consider the costs of maintaining, marketing and selling the property during the disposal period.

In In re Investors Lending Group, LLC, 489 B.R. 307 (Bankr.S.D.Ga.2013), the debtor proposed a “partial” dirt-for-debt plan in which the debtor would surrender certain collateralized property.  Here, the court stated that with such a plan, “foreclosure or liquidation type value” is the proper valuation method to be used. Id. at 313.  The court stated that for such plans, the valuation decision must be “conservatively or sparingly applied as to ensure that the lender forced over its objection to accept property in satisfaction of a claim receives the indubitable equivalent of cash.” Id. at 314.

In Bate Land & Timber LLC, 877 F.3d 188 (4th Cir.2017), the court considered a partial debt-for-dirt plan.  The court stated that in the bankruptcy context, “[t]he phrase ‘indubitable equivalent’ … means in essence, that the treatment afforded the secured creditor must be adequate to both compensate the secured creditor for the value of its secured claim, and also insure the integrity of the creditor’s collateral position.”  Id. at 192 (quoting 4-506 Collier on Bankruptcy §506.03 (16th ed.2017)).  The court disagreed with the argument made that partial dirt-for-debt agreements can never provide a creditor with the indubitable equivalent of its secured claim because property valuations are inherently uncertain.  It noted that the fact that there are variations in appraisals for a parcel of land does not undercut a court’s ability to arrive at a valuation that reflects the indubitable equivalent of a secured claim.  It noted that bankruptcy courts have expertise in valuing land in the bankruptcy context.  Additionally, in an effort to hedge the uncertainty inherent in property valuation, it noted that courts should take a conservative approach to determining fair market value.  However, it then stated that in valuing property, a bankruptcy court may choose to consider a property’s “highest and best use” instead of its current physical condition.  As support, the court cited to In re Thoburn Ltd. P’ship, 513 B.R. 887, 888 (Bankr.E.D.Va.2013), and In re Sailboat Props., LLC, 2011 WL 1299301, at *2 (Bankr. E.D.N.C. Mar. 31, 2011).

[C]ases have acknowledged the “theoretical possibility” of a surrender of property in satisfaction of a secured debt; however, such cases have also recognized that such a solution is unworkable in practical terms.  Absent the provision of some additional protection to the creditor, it is impossible to ensure that the creditor will receive the full amount to which it is entitled, and only that amount.  Surrender of the property may satisfy the secured claim.  However, if the value of the property is less than the amount of the claim, the creditor may retain an unsecured claim for the difference.  If the value of the property surrendered turns out to exceed the amount of the claim, the secured creditor receives a surplus to which it is not entitled.  Thus, the court in In re Durr rejected a plan which provided for the transfer of real property in satisfaction of a secured claim.  The Durr court noted that a plan “proposing a payment with tangible property” must provide both for a “surplus of value” or for a “margin of allowance” to ensure that the creditor received full value, and for a means of recapturing excess value the creditor might realize on disposition of the collateral.  Because the plan at issue made no such provisions, it could not be confirmed.

In this case, the debtor’s plan provides for neither the safeguards required by Durr nor the possibility of redetermination present in Indreland.  While Section 1225(a)(5) would extinguish the Bank’s claim to the extent it was secured, the unsecured portion would survive.

As a result, the court concluded that the debtors could not utilize the fair market value for cramdown purposes when it proposed to distribute real property in the form of ranch acreage and buildings to its lender in satisfaction of secured debt.  It stated that under the facts of this case, the possibility of forced liquidation would be assumed and a deduction for selling costs would be logical.  In other words, if the debtors wish to give the bank dirt for its debt, they must provide property, the liquidation value of which is not less than the amount of the bank’s allowed secured claim. Id. at *9.  The court then provided the following illuminating liquidation analysis:

Furthermore, there would be additional costs for which the amount is less certain.  For example, closing costs such as title insurance and escrow fees, insurance, yearly appraisals required by bank regulators, maintenance and upkeep costs, attorney’s fees incurred after March 29, 2019 including the confirmation hearing and post-hearing briefing, and of course, interest accruing at the rate of $574.74 per day.  Assuming BOI were able to sell the Montpelier Ranch today for the full fair market value price of $4,350,000, the Court finds there would be no more than an $138,254.40 equity cushion to support confirmation.  However, based on the evidence presented, the Court is also cognizant that BOI is unlikely to be offered the full $4,350,000 for the property, given that buyers know the bank must sell.  Moreover, the property cannot be sold today – Debtors have to move their things out of the house and turn over the property to BOI, only after which the bank may begin to market the Montpelier Ranch.  Debtors had the ranch on the market for at least one year, and neither sold it nor received an offer near fair market value.  All the while, interest is accruing. Indeed, assuming no additional costs or fees beyond those tallied above, the accruing interest alone would equal the equity cushion in only eight months.