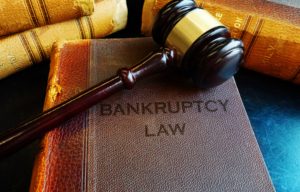 Section 707(b)(2) of the Bankruptcy Code states that “the court shall presume abuse exists if the debtor’s current monthly income reduced by the amounts determined under [sub]clauses (ii), (iii), and (iv), and multiplied by 60 is not less than the lesser of” (1) $13,650 or (2) the greater of 25% of the debtor’s nonpriority unsecured claims or $8,175.  In other words, the presumption of abuse does not arise when the debtor’s monthly disposable income after allowable expenses is less than $136.25.  Abuse will be presumed, on the other hand, when this amount exceeds $227.50.  Upon the movant demonstrating that the presumption of abuse arises, the burden of rebutting that presumption shifts to the debtor.  The “presumption of abuse may only be rebutted by demonstrating special circumstances, such as a serious medical condition or a call or order to active duty in the Armed Forces, to the extent such special circumstances that justify additional expenses or adjustments of current monthly income for which there is no reasonable alternative.”

A dispute exists among the courts as to whether the requirement to pay non-dischargeable student loans gives rise to “special circumstances.”  In re Martin, 371 B.R. 347 (Bankr.C.D.Ill.2007) held that a debtor’s obligation to pay his nondischargeable student loan debt did constitute a “special circumstance,” for purposes of rebutting the presumption of abuse that had arisen with respect to their Chapter 7 case.  The court reasoned that the debtor had no reasonable alternative other than to pay the debt.  See also, In re Templeton, 365 B.R. 213 (Bankr.W.D.Okla.2007); In re Haman, 366 B.R. 307 (Bankr.D.Del.2007); and In re Delbecq, 368 B.R. 754 (Bankr.S.D.Ind.2007).

The court in In re Sandberg, 629 B.R. 452 (Bankr.N.D.Ill.2021), disagreed with the conclusion in Martin.  It noted that the automatic stay of Chapter 13 (or if ineligible, chapter 11) prevents a pre-petition creditor, such as the holders of the educational loans, from taking collection efforts inconsistent with the plan until completion or dismissal of the case. Id. at 466.  That an unsecured claim is nondischargeable under Sections 523 or 1328 of the Bankruptcy Code simply means that the creditor is not enjoined from seeking to collect against the debtor after the debtor obtains a discharge and the case is closed.  However, such creditors do not have special priority to receive payments ahead of other unsecured creditors.  “Thus, even if the Debtor here is ultimately required to repay non-dischargeable debts, he has not explained why the presence of his student loans makes him unable to make payments from income into a chapter 13 plan.” Id. at 467.

The court went on to note that if the debtor has sufficient disposable income to make significant payments over the next 60 months on his nonpriority general unsecured student loan claims through a chapter 13 plan, that is more reason the case belongs in chapter 13 instead of chapter 7, not less.  Id.

Had Congress intended to broadly permit a deduction for either nondischargeable claims or claims based on educational debts, no doubt it would have similarly provided a deduction, including an indication of how the expense should be converted into a monthly amount.