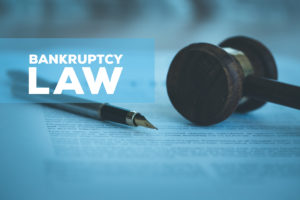 Venue in bankruptcy cases is generally governed by 28 U.S.C. §1409(a) which provides that venue in an adversary proceeding is proper in the district court in which a bankruptcy case is pending.  However, Section 1409(b) provides an exception to this rule, stating:

In interpreting Section 1409(b), a dispute has developed as to whether preference actions fall within this subsection’s ambit.

One line of cases is reflected by Van Huffel Tube Corp. v. A&G Industries (In re Van Huffel Tube Corp.), 71 B.R. 155, 156 (Bankr. N.D.Ohio 1987), where the court found a distinction in the statute between proceedings “arising under Title 11” included in subsection (a), but excluded from subsection (b).  The court noted that preference actions are proceeding “arising under” Title 11, since they can not occur “but for a provision found in Title 11.”  It concluded, as a result, that Section 1409(b) did not apply to preference actions, because the section does “not apply to proceedings ‘arising under’ Title 11.” Id. at 156.

In In re Rosenberger, 400 B.R. 569 (Bankr. W.D.Mich. 2008), the court too noted that it was significant that in crafting the venue limitations in Section 1409(b), Congress omitted any reference to a proceeding “arising under title 11.”  The court found that this omission was not mere inadvertence, stating:

When it became necessary to amend the jurisdictional sections in response to Northern Pipeline Constr. Co., v. Marathon Pipe Line Co., 458 U.S. 50, 102 S.Ct. 2858, 73 L.Ed.2d 598 (1982), Congress once again delineated the three distinct bases for jurisdiction, providing that a district court would have jurisdiction over proceedings “arising under title 11, or arising in or related to cases under title 11.”

Id. at 572.  Bankruptcy avoidance actions, such as preference actions, have been consistently held to be proceedings which “arise under” the Bankruptcy Code.  This is so because such actions “invoke substantive rights created by bankruptcy law.” Id. at 573.

A similar conclusion was reached in In re Excel Storage Products, L.P., 458 B.R. 175 (Bankr. M.D.Pa. 2011).  Here, the court found that the words used in the statute: “arising under”, “arising in”, and “related to” were unambiguous and well established bankruptcy terms of art.  Id. at 181.  As in Van Huffel noted, an action to recover a preference is a substantive right which is provided for, and only arises by operation of Title 11, and thus, is a type of proceeding which “arises under” the Bankruptcy Code.

Since a preference action arises under the Bankruptcy Code, it does not fit within the exception of 28 U.S.C. §1409(b), which is limited by its plain language to proceedings which “arise in” or are “related to” a bankruptcy case.  Instead, it fits precisely within the language used in 28 U.S.C. §1409(a), which provides venue for proceedings “arising under title 11”.  The Supreme Court has instructed, when “Congress includes particular language in one section of a statute but omits it in another section of the same Act, it is generally presumed that Congress acts intentionally and purposefully in the disparate inclusion or exclusion.’ Barnhart v. Sigmon Coal Co., Inc., 534 U.S. 438, 452, 122 S.Ct. 941, 951, 151 L.Ed.2d 908 (2002).  Here, it must then be presumed that Congress acted purposefully with its disparate inclusion and exclusion of the term “arising under”, from subsections (a) and (b).

Id.  The court further found that legislative history supported this conclusion.  In this regard, the court noted that early in the adoption of what later became the BAPCPA amendments, the Congressional intent appeared to be clear that it desired that low dollar preference actions be filed in the defendant’s home district.  In fact, the proposed amended language specifically referenced this desire.  Thus, a statement of Congress concerning its intent in amending Section 1409 was:

Section 208 amends the venue provisions for preferential transfer actions in the amount of $10,000 or less must be filed in the district where the defendant resides.  Currently, this amount is fixed at $1,000.

Notwithstanding this past intent, reference to preference actions vanished with the adoption of BAPCPA.  The court then concluded that it was beyond its province to rescue Congress from its drafting errors, and to provide for what they might think was the preferred result.  This would allow both branches of the government to adhere to their respected, and respective, constitutional roles.  Id. at 183.  See also, In re Cirino Construction Co, Inc., 2020 WL 2989750 (Bankr. M.D.N.C. May 22, 2020) and In re Petland Discounts, Inc., 2021 WL 1535793 (Bankr. E.D.N.Y. January 26, 2021) (Concluding that Congress deliberately omitted the terms “arising under” from Section 1409(b), leaving Section 1409(a) as the controlling section for those proceedings  The disparate use of an unambiguous and well defined bankruptcy term of art must be interpreted as an indication of Congressional intent that preference actions be excluded from the venue exception in subsection (b).)

In re Nukote Intern., Inc., 457 B.R. 668 (Bankr. M.D.Tenn. 2011) came to a different conclusion and reflects a second line (and arguably minority) of reasoning.  This court held that there was an overlap between “arising under title 11” and “arising in” a case under title 11 for purposes of venue under Section 1409(b).  The court recognized that a preference action in fact “invoke[s] substantive rights created by bankruptcy law” and is a claim “arising under” Title 11.  However, preference actions are also “proceedings that, by their very nature, could arise only in bankruptcy cases” and therefore, are claims “arising in a case under title 11.”  The court found support for this proposition in the legislative history, stating that it “supported the conclusion that “arising under title 11” and “arising in” a case under Title 11 overlap, and clarified that the home court rule exception of Section 1409(b) was intended to include preference litigation. Id. at 672.

In examining the legislative history of Section 1409, the court noted among other things that expanding the small dollar exception to home court venue was initially advanced in the National Bankruptcy Review Commission Final Report.  Here, it stated that Section 1409(b) “should be amended to require that a preference recovery action against a noninsider seeking less than $10,000 must be brought in the district where the creditor has its principal place of business.”  Bankruptcy: The Next Twenty Years, National Bankruptcy Review Commission Final Report, Rec. 3.2.2. (Oct. 20, 1997).  The commission explained that this recommendation was “[c]onsistent with the efforts [of §1409(b)] to protect small trade creditors from certain preference litigation tactics * * * * Section 1409(b) generally was designed to deter ‘noneconomic’ action that cost more to defend than the action itself seeks.  Creditor protection against blanket preference actions is furthered by raising the limit for invoking this provision.  Increased costs may provide enough incentive for trustees and debtors in possession to look at the merits of each possible preference before commencing the action.” Id.  See also, In re Little Lake Indus., Inc., 158 B.R. 478 (9th BAP 1993); In re Raymond, 2009 WL 6498170 (Bankr. N.D.Ga. June 16, 2009); and In re Dyamerica Mfg., LLC, 2010 WL 1930269 (Bankr. D.Del. May 10, 2020) (the absence of “arising under” from the plain language of Section 1409(b) was inadvertent, and given the legislative history, it was the intent of Congress that the venue provisions of Section 1409(b) apply to preference actions.).