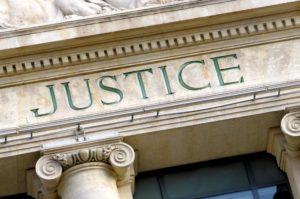 Conversion is an unauthorized act which deprives a person of his property permanently or for an indefinite time. In re Thebus, 108 Ill.2d 255, 259 (1985). Accordingly, to prove conversion, the plaintiff must prove the following elements by preponderance of the evidence:  (1) the defendant’s unauthorized and wrongful assumption of control, dominion, or ownership of the plaintiff’s personal property; (2) the plaintiff’s right in the property; (3) the plaintiff’s right to immediate possession of the property, absolutely and unconditionally; and (4) the plaintiff’s demand for possession of the property.  Stathis v. Geldermann, 295 Ill.App.3d 844, 856 (1998), and Quan v, Arcotech Uniexpat, Inc., 122 N.E.3d 767, 771 (Ill.App.1 Dist.2018).  Under New Jersey law, to establish a claim for conversion, a plaintiff must prove (l) that the alleged offender assumed and exercised the right of ownership over the party’s goods or chattels without permission, and (2) excluded the owner from exercising dominion over them. Dessert Beauty, Inc. v. Platinum Funding Corp., 519 F.Supp.2d 410 (S.D.N.Y.2007).

A conversion action only exists for the return of specific property, or an identifiable object.  Karimi v. 401 North Wabash Venture, LLC, 952 N.E.2d 1278 (Ill.App.1 Dist.2011).  Therefore, according to General Motors Corp. v. Douglas, 565 N.E.2d 93 (Ill.App.1 Dist.1990), to maintain a conversion action for money against a defendant who wrongfully refuses to return the money, the plaintiff must establish that the defendant had a duty to segregate the funds. Although in many circumstances money cannot be the subject of an action for conversion, misappropriated funds placed in the custody of another for a definite application may be subject to an action for conversion. See, In re Ogden, 314 F.3d 1190 (10th Cir.2002).  However, Bill Marek’s The Competitive Edge, Inc. v. Mickelson Group, Inc., 823 N.E.2d 963 (Ill.2004) stated that it is no longer necessary that money be specifically earmarked in order to sustain an action for conversion and the failure to segregate funds does not make them unidentifiable.  Rather, an action for conversion may also be maintained where the converted funds are capable of being described, identified, or segregated in a specific manner. The one limitation to bringing an action for conversion of money is that the money cannot represent a general debt or obligation or an indeterminate sum.

According to Dessert Beauty, Inc. v. Platinum Funding Corp., 519 F.Supp.2d 410 (S.D.N.Y.2007), when money, as opposed to tangible property, is the subject of a conversion claim, courts require that a plaintiff show something more than a contractual obligation on the part of a defendant to pay the plaintiff to establish conversion.  Rather, plaintiff must show that the money in question was identifiably the plaintiff’s property or that the defendant was obligated to segregate such money for the plaintiff s benefit.

In In re Montagne, 413 B.R.148 (Bankr.D.Vt.2009), the court interpreting Vermont law stated that although a conversion cause of action typically involves “property” and “chattel,” money as well as negotiable instruments, including checks, can support a conversion claim.  The court noted that an owner of a check, whether it was made payable to him, or had been properly endorsed or not, may maintain an action for its wrongful conversion. Id. at 157.

In Karimi v.401 North Wabash Venture, LLC, 952 N.E.2d 1278 (111App.1 Dist.2011), the plaintiff alleged conversion based on the defendants’ alleged wrongful possession and ownership of plaintiff’s earnest money and earned interest.  Here, the court stated that money may be the subject of conversion, but only if it is shown that the money “at all times belonged to the plaintiff and that the defendant converted it to his own use.”  Id. at 1285, citing to In re Thebus, 108 lll.2d 255, 261 (1985).  In Karimi a claim for conversion was not available; the court noted that the purchase agreement stated that “[e]arnest money so paid and deposited shall be held for the mutual benefit of Seller and Purchaser.”  Thus, the earnest money paid and deposited by the plaintiff was to be held for “mutual benefit of the Seller and Purchaser.” Id. at 1285.  Therefore, the earnest money at issue did not belong to plaintiff at all times.  Finally, the court found that the earnest money “represent[ed] plaintiffs’ obligation to fulfill the contract.” Id.

In Swervo Entertainment Group, LLC v. Mensch, 2017 WL 1355880 (N.D.Ill.), the plaintiff sought the return of a $500,000 good faith deposit which, plaintiff alleges, should have been escrowed.  With respect to the conversion of money, the court noted both the general rule and the exception: “[a]n asserted right to money generally does not support a claim for conversion under Illinois law.  An exception to this general rule exists where the money at issue is “specific chattel” – that is, “a specific fund or specific money in coin or bills.”  Id. at *3 (quoting Horbach v. Kaczmarek, 288 F.3d 969, 978 (7th Cir.2002)).  It then noted that an “advance deposit qualifies as “specific chattel,” as the deposit constitutes a determinable amount and was segregated in an escrow account. Id. at *3.

However, one of the conditions for a conversion claim is that the plaintiff have an “absolute and unconditional right to the immediate possession of the property.”  In Swervo, the court noted that the disbursal of the funds in the account was conditioned on the parties executing a “final Tour Agreement.”  Because of this fact, the court held that the plaintiff had no conversion claim.  The court explained that while the “advance deposit qualifies as ‘specific chattel,’ because plaintiff alleged that its right to the return of the advance deposit was subject to a condition, plaintiff could not show that this right was absolute and unconditional, a required element for any conversion claim.

In Quan v. Arcotech Uniexpat, Inc., 122 N.E.3d 767 (Ill.App.1 Dist.2018), plaintiff executed a written service agreement in which Arcotech guaranteed that it would secure a paid internship offer in plaintiff’s chosen field of study in the city of Chicago, along with a weekly stipend. Plaintiff agreed to pay a total of $7250.  Plaintiff paid a $1000 nonrefundable deposit to secure his place in Arcotech’s program, and paid the remaining balance within 30 days of the execution of the service agreement.  The service agreement’s refund policy provided in relevant part, “If for any reason InternshipDesk is unable to secure the participant an internship offer in their field by the start of the program, $1000 of the program tuition is non-refundable.” Craig Piatti executed the service agreement on behalf of InternshipDesk in his capacity as executive director.  Plaintiff asserted a claim of conversion against Piatti.  Plaintiff’s conversion claim alleged that plaintiff was entitled to immediate possession of the $6250, and that Piatti never authorized the refund despite plaintiff’s demand.  Plaintiff alleged that it was within Piatti’s power as president of Arcotech and the executive director of InternshipDesk to authorize the refund, and that by failing to remit the funds, Piatti “maintained wrongful control of funds owed to [plaintiff] in the refund amount of [$6250].”

The court ruled that money may be the subject of conversion, but it must be capable of being described as a specific chattel, although it is not necessary for purposes of identification that money should be specifically earmarked.  The general rule is that conversion will not lie for money represented by a general debt or obligation. It must be shown that the money claimed, or its equivalent, at all times belonged to the plaintiff and that the defendant converted it to his own use. Id. at 771-72.

Arcotech argued that no claim of conversion was available against Piatti because the money only represented a general debt or obligation.  The court disagreed and ruled that the plaintiff adequately stated a claim for conversion.  In doing so, it noted the following:

Here, the allegations in count III of plaintiff’s initial and amended complaint stated a claim for conversion against Piatti. Plaintiff alleged that (1) Piatti, in his role as president of Arcotech, agreed to refund the $6250 within 120 days of the date on which plaintiff submitted a written refund request; (2) by refusing to authorize the refund, Piatti maintained wrongful control over the $6250; (3) plaintiff had a right of immediate possession of the $6250 after the 120-day period lapsed and that his right was absolute and unconditional; and (4) plaintiff made a demand for the money, which was never honored. Plaintiff further alleged that Piatti was liable for conversion because Piatti “actively participated in the unauthorized deprivation of $6,250.00 rightfully belonging to” plaintiff. These factual allegations are sufficient to state a conversion claim against Piatti.

Id. at 772.  The court explained that there is no requirement in Illinois that, in order to be the proper subject of a conversion action, identifiable funds must be earmarked or kept segregated from other money. Citing to Thebus, it stated that the supreme court specifically observed that a fund need not be earmarked in order to be specifically identifiable for the purposes of a conversion action.  It then cited to Roderick Development Investment Co. v. Community Bank of Edgewater, 282 Ill.App.3d 1052, 1062-63 (1996), which held that, for the purposes of a conversion action, money need not be segregated from other funds.  And it noted that in Roderick, a rule prohibiting a conversion claim for funds that are not segregated would give the converter the ability to control whether funds are subject to a conversion claim.  Rather, in Illinois, it is sufficient that the money be adequately identified by description, which the court stated was undoubtedly the case here.