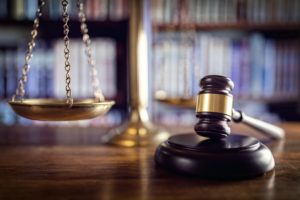 The United States District Court for the District of Delaware recently affirmed a bankruptcy court decision enforcing confirmed chapter 11 plan provisions over the objection of the Internal Revenue Service, and in so doing, reduced the tax payable to the IRS by more than $1.5 million.  United States of America v. W.R. Grace & Co. (In re W.R. Grace & Co.), 2018 WL 4441461 (D.Del. September 17, 2018),

During the pendency of the W.R. Grace chapter 11 proceedings, the IRS filed two proofs of claim.  The first proof of claim was filed at the outset of the bankruptcy proceeding setting forth an aggregate tax liability for multiple years.  Id. at *1.  The second proof of claim was filed after the IRS audited the debtor’s income taxes for the 1998 tax year and solely addressed the 1998 tax liability.  Id.  Both proofs of claim computed interest at the statutory rate provided by the Internal Revenue Code, an amount which varied between 4% and 9%.  Id. at *1-2.  After plan confirmation, the debtor contemporaneously paid three otherwise uncontested tax liabilities and filed objections to both IRS proofs of claim on the basis that the 1998 liability was paid in full through application of tax credits and a tax refund generated by a refund claim to carry back certain net operating losses.  Id. at *2.  The IRS provided a refund with respect to the 1998 liability, but calculated the interest accrual at the statutory rate provided by the Internal Revenue Code.  Id.  The debtor filed a motion to enforce the terms of the plan, and argued that the interest calculations made by the IRS were in error, and that the interest rate set forth in the confirmed plan, 4.19%, was the correct interest rate.  Id.

The IRS argued that it was entitled to apply the IRS interest rate because it was exercising a common law right of recoupment known as the “defense of lack of overpayment.”  Id.  at *4.  Recoupment, generally, “is the setting up of a demand arising from the same transaction as the plaintiff’s claim or cause of action, strictly for the purpose of abatement or reduction of such claim.” 4 COLLIER ON BANKRUPTCY § 553.03, at 553–15–1. Recoupment is appropriate when a creditor’s claim against a debtor arises from the same transaction as the debtor’s claim, and is essentially a defense to the debtor’s claim against the creditor.  In re University Med. Ctr., 973 F.2d 1065, 1080-81 (3d Cir. 1992).  Recoupment is not a mutual obligation between the parties, but may be appropriate in bankruptcy when the limitations of setoff would be inequitable.  Id.  The defense of lack of overpayment has its roots in the Supreme Court case of Lewis v. Reynolds, 284 U.S. 281 (1932), wherein the Court stated, “[a]lthough the statute of limitations may have barred the assessment and collection of any additional sum, it does not obliterate the right of the United States to retain payments already received when they do not exceed the amount which might have been properly assessed and demanded.”  According to the IRS, under the defense of lack of overpayment, the issue in a claim for refund is whether the taxpayer has overpaid, which requires an analysis of the entire tax liability.  See Pac. Gas and Elec. Co. v. U.S., 417 F.3d 1375, 1379 (Fed. Cir. 2005).

The Third Circuit cautioned that recoupment “as a non-statutory equitable exception to the automatic stay” should be “narrowly construed” in bankruptcy cases.  University Med. Ctr., 973 F.2d at 1081.  In University Med. Ctr., the Third Circuit used an ‘integrated transaction test’ in determining whether the ‘same transaction’ requirement for recoupment is satisfied.  Id.  Upon this analysis, the W.R. Grace court agreed that the IRS’s recoupment arguments must be rejected.  W.R. Grace, 2018 WL 4441461 at *5.  Absent the refund, the IRS would have been entitled to a tax claim payable through the applicable plan provisions at 4.19%, and the IRS’s use of recoupment mechanics cannot separate the tax claims being paid from the plan governing their payment.  Id.  “[W]hen the IRS reduced Grace’s refund by the amount of the 1998 tax deficiency and accrued interest, it was not simply exercising its right of recoupment, under either the tax or bankruptcy definition of that term.”  Id.

The W.R. Grace decision depends, in part, upon the application of recoupment within the Third Circuit; however, it is important to note that not all circuits have adopted the same common law governing recoupment.  See In re WL Homes LLC, 563 B.R. 512, 517 (Bankr. D.Del. 2017) (discussing the difference between recoupment law in the Second and Third Circuits).  Therefore, a thorough review of applicable law is appropriate prior to contesting IRS common law remedies.