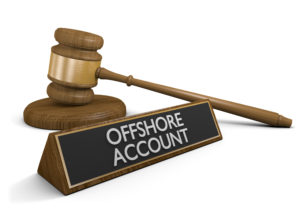 FBAR penalty litigation has frequently been in the news recently, suggesting that the IRS is either (i) increasing its efforts to collect and assess FBAR penalties more than ever before, or (ii) seeking successful outcomes from “test cases” before beginning a new wave of FBAR examination and collection enforcement. This article will briefly summarize some of the latest developments in tax litigation involving FBAR penalties.

On December 9, 2019, the federal court in Wisconsin granted summary judgment to the government regarding an assessment of non-willful FBAR penalties ($10,000 per year) for 4 years. U.S. v. Agrawal, E.D. Wisc. Dkt. 18-C-0504. The government filed a lawsuit to collect the non-willful FBAR penalties assessed for tax years 2006 through 2009 pursuant to 31 U.S.C. §5321. Since Agrawal admitted he owned an undisclosed foreign account, his primary defense was that his failure to disclose the foreign account was due to reasonable cause. After weighing the evidence presented, including conflicting testimony by Agrawal, the Court awarded judgment to the government. Since Section 5321 does not define “reasonable cause” for FBAR penalties, the Court applied the definition and instructions found in Sections 6651(a) and 6664(c)(1). Holding that “no reasonable juror could find that Agrawal acted with ordinary business care and prudence,” the Court considered that Agrawal self-prepared two of the returns without making a reasonable effort to understand his FBAR reporting responsibilities, and after he hired a CPA, Agrawal did not disclose the existence of the foreign account despite being asked a direct question.

On November 8, 2019, the Federal Circuit affirmed an assessed FBAR willful penalty, agreeing with the Third and Fourth Circuits that FBAR “willfulness” includes recklessness. Norman v. U.S., Slip Op. No. 2018-2408, Case 15-cv-00872-EJD, Order 11/8/2019. Norman was a school teacher who opened a Swiss bank account in 1999. By 2007, the account balance had increased to $2.5 million. After a new accountant filed late FBARs, the IRS examined and ultimately assessed a $803,530 willful FBAR penalty. The Federal Circuit affirmed, rejecting Norman’s arguments that (i) she was factually and legally non-willful, and (ii) regulations limit FBAR violations to a $100,000 maximum. The Court noted that Norman opened a “numbered” account, signed a document declining investments in U.S. securities, and took a large withdrawal in cash, effectively hiding the account from the IRS. In addition, Norman did not advise her accountant about the foreign account, despite receiving a questionnaire. She also made false statements during the IRS audit. At a minimum, her conduct was reckless.

On September 26, 2019, the federal court in Florida granted summary judgment to the government regarding an assessment of willful FBAR penalties. U.S. v. Rum, M.D.Fla. No. 8:17-cv-826-T-35AEP. The Court rejected Rum’s arguments that he qualified for mitigation under the Internal Revenue Manual and that his conduct was non-willful. Rather, the Court agreed that the evidence was sufficient to show willfulness, and that the IRS did not act arbitrarily or capriciously in setting the amount of the willful FBAR penalty. The established facts supported Rum’s intent to hide assets from the IRS, that he received an annual notice from the foreign bank to allow him to comply with his U.S. tax obligations, that he answered “no” to the question on Schedule B, that he did not report any income from the foreign account, and that he moved to another foreign bank after the U.S. began pursuing UBS and its U.S. accountholders.

Conversely, on August 23, 2019, a different court in Florida declined to grant summary judgment, finding instead that intent for “willfulness” is a fact issue that must be tried. U.S. v. Schwarzbaum, S.D.Fla. No. 18-cv-81147. The Court also upheld that consents to extend the statute of limitation are effective, even for time-barred periods.

In conclusion, these recent developments indicate that courts continue to struggle with the question of “willfulness” and tend to side with the IRS on “willfulness” determinations for FBAR penalties. Willfulness will ultimately depend on the facts and circumstances of each particular case. Therefore, it is important that taxpayers who have federal tax compliance issues, such as unfiled income tax returns or FBARs, seek professional assistance as soon as possible. Tax professionals such as Gensburg Calandriello & Kanter, P.C. can help taxpayers understand their options and tailor strategies to particular facts and circumstances. Being proactive by voluntarily coming into compliance can often prevent or reduce the substantial penalties, interest, and defense costs associated with the lawsuits discussed in this article.